Copyright: © 2017 Koji Ebe, et al. This is an open-access article distributed under the terms of the creative Commons attribution License, which permits unrestricted use, distribution and reproduction in any medium, provided the original author and source are credited.

Background: Arguments have continued for long concerning low carbohydrate diet and calorie restriction (calorie-restricted diet). Authors have reported clinical studies of low carbohydrate diet on ketone bodies, glucose variability and Morbus value so far.
Subjects and methods: Subjects are 28 patients with Type 2 diabetes mellitus, which were 20/8 (M/F) with 48.3 ± 13.9 years old with serum triglyceride more than 250 mg/dL on blood sampling with overnight fasting. They were admitted for 14 days and the protocol was as follows: 1) calorie-restricted diet on day 1 and 2, which had 60% carbohydrates, 2) low carbohydrate diet on day 3-14 days which is so-called super-low carbohydrate diet formula with 12% carbohydrates.
Results: Mean HbA1c was 8.0 ± 1.7% and mean fasting glucose was 177 ± 52 mg/dL. Median data days 2 to 4 were 208 to 147 mg/dL in average glucose, 146 to 21 in Morbus (M) value and 123 to 94.5 mg/day in urinary Cpeptide. Median data days 2 to 14 were 366 to 159 mg/dL in Triglyceride, 46 to 42 mg/dL in HDL-C and 111 to 120 mg/dL in LDL-C. Remnant-like particle cholesterol on day 2 was 15.9 mg/dL in median. Significant correlations on day 2 were shown between Triglyceride and HDL-C (p<0.05), Triglyceride and LDL-C (p<0.05). Remnant-like particle cholesterol-C showed significant positive correlation with Atherogenic Index (AI) and triglyceride (p<0.01), significant negative correlation with HDL (p<0.05). Significant correlations were shown on day 2 and 14 in Triglyceride and LDL-C/HDL-C Ratio (p<0.01).
Discussion and conclusion: Decrease of blood glucose indicated short effect of low carbohydrate diet only for 2 days from calorie restriction to low carbohydrate diet. Apparent large decrease of M value would be useful for clinical management and research. Analyses of correlations among RLP-C, triglyceride, HDL-C, LDL-C, AI and LDL-C/HDL-C Ratio would become the fundamental data for clinical research and give the hint for research direction in the future.

For years, Low Carbohydrate Diet (LCD) has been more prevalent and evaluated with clinical efficacy for various disease and states. Recent reports have included various evidence of LCD such as randomized controlled trials, systematic review and meta-analyses [1-5].

From the historical discussion of LCD and calorie restriction (CR) diet (calorie restricted diet, CRD), Atkins and Bernstein originally have begun to introduce LCD in European and North American region [6,7]. Consecutively, clinical predominance of LCD has been shown by investigators [8-13].

On the other hand, the author have firstly introduced and reported LCD for T2DM in Japan [18,19]. Subsequently, we reported clinical studies of LCD in the light of elevated ketone bodies, formular diet and Morbus (M) value [20-24].

In current study, we investigated the effect of LCD for the patients with T2DM with high degree of hypertriglycemia, as well as the influence and correlation for glucose and lipid metabolism in short term.

In this study, the subjects included 28 patients with Type 2 diabetes mellitus (T2DM), which were 20 males and 8 females. They are 18-74 years old with 48.3 ± 13.9 (mean ± SD) yo. in average, 50 yo. in the median value. The subjects included for this study were selected who showed the serum level of triglyceride more than 250 mg/dL, when the blood specimen were withdrawn in overnight fasting for 12 hours.

They were admitted for 14-15 days for the educational admission for treatment of T2DM, and received endocrine and metabolic evaluation. The protocol of diet therapy was as follows: 1) Calorie Restriction (CR) diet was provided on day 1 and 2, which had 60% carbohydrates, 25% lipids and 15% protein with 1400 kcal/day. 2) Low Carbohydrate Diet (LCD) was provided from 3 to 15 days, which had 12% carbohydrates, 64% lipids and 24% protein with 1400 kcal/day. 3) This LCD has been so-called “super-LCD formula” in our clinical research for LCD, which is one of the Very low-carbohydrate ketogenic diet (VLCKD) by the definitions of LCD [13,18-20,23].

M value is the index representing both blood sugar level and mean amplitude of glycemic excursions (MAGE) [25-28]. For the glucose variability, daily profiles of blood glucose were measured 7 times a day, and data were calculated for average glucose level and Morbus (M) value. Morus (M) value has been proposed for researching MAGE. This index has been calculated as a logarithmic transformation of the deviation of glycemia from an arbitrary assigned “ideal” glucose value, with an expression of both the mean glucose value and the effect of glucose swings [25-29].

As to the interpretation of M value, the standard range is <180, borderline is 180-320 and abnormal is >320. Adequate sampling times a day have been argued for the detail and precise evaluation of glucose variability and MAGE. There were similar results on 7 times or 20 times of sampling per day [25,28,30], showing similar result in comparison with continuous glucose monitoring (CGM) [28,31,32].

In current study, data was represented as the mean ± standard deviation (SD) and also represented median, quartile of 25% and 75% in biomarkers. For statistical analyses, correlation coefficients were calculated using Pearson or Spearman test of the Microsoft Excel analytical tool, which is four steps Excel Statistics 4th edition [33].

Intergroup comparisons were made using the Wilcoxon rank sum test or the Bonferroni multiple comparisons (Lambert method). A significance level of less than 5% obtained using a two-tailed test was considered to be statistically significant.

This study was conducted in compliance with the ethical principles of the Declaration of Helsinki and Japan’s Act on the Protection of Personal Information along with the Ministerial Ordinance on Good Clinical Practice (GCP) for Drug (Ordinance of Ministry of Health and Welfare No. 28 of March 27, 1997).

No ethical committee meeting was held. Informed consent was obtained from the subjects concerning this questionnaire. The study was registered with UMIN #R000031211.

Table 1 Basal data of the subjects.

The results were expressed by the data of mean ± standard deviation and also median and [25%-75%] in left and right column, respectively.

Changes of glucose and lipid biomarkers Figure 1: The changes of average glucose and M value.

Average glucose and M value decreased from day 2 to day 4 apparently. The former showed significant decrease (p<0.05). The latter showed larger standard deviation compared to the average level, and then significant difference could not calculated. Maximum data of M value on day 2 was 783.

Triglyceride level apparently decreased from day 2 to day 14. The median value was from 366 mg/dL to 169 mg/dL (Figure 2). HDL-C and LDL-C did not show significant changes statistically (Figure 3). 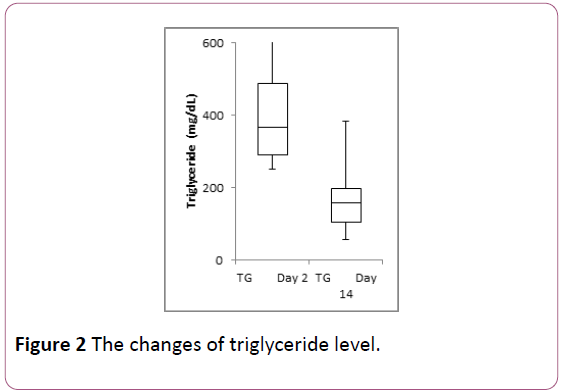 Figure 2: The changes of triglyceride level. Figure 3: The changes of HDL-C and LDL-C.

Serum triglyceride level decreased from day 2 to day 14 with significant difference (p<0.01). Maximum data of triglyceride on day 2 was 1564.

Serum levels of HDL-C and LDL-C showed no significant changes from day 2 to day 14.

Correlations among glucose and lipid biomarkers Correlation of the data on day 2 and day 14 in triglyceride and LDL-C/HDL-C ratio are shown in Figure 7. Both revealed significant positive correlation (p<0.01). Figure 7: Comparison between day 2 and day 14 in triglyceride and LDL-C/HDL-C ratio. a) Triglyceride level on day 14 decreased apparently from that on day 2. B) LDL-C/ HDL-C ratio on day 2 and 14 showed significant correlation (p<0.01).

We have investigated and reported concerning LCD in the light of weight reduction, formular LCD diet, ketone bodies and Morbus (M) value [19,20,21,22,24]. In current study, we investigated the effect of LCD and the influence for glucose and lipid metabolism in the patients with T2DM with high degree of hypertriglycemia. We adopted super-LCD formula including 42 g of carbohydrate per day [18,23], which is far smaller dose from 130 g/day [13,34].

Average glucose and M value were apparently decreased due to LCD for only 2 days, indicating rapid glucose lowering efficacy of LCD. M value represents both elevated glucose level and increased fluctuation of MAGE. The changes for numerical level of M value are expressed larger than that of glucose, and then the improvement of glucose variability would be easily estimated. In type 1 diabetes mellitus (T1DM), glucose variability and M value were investigated by continuous glucose monitoring (CGM) or frequent sampling [35,36].

As the LCD become prevalent and developed, the research focus would be the cardiovascular risk factors and the relationship between glucose and lipids metabolism [1,37-39].

Triglyceride level in all 28 cases apparently decreased in only 12 days, and the regression curve showed y=0.127x+101.2, indicating the degree of decrease. On contrast, HDL-C and LDLC showed no remarkable changes in only 12 days. When LCD is continued for more than several months, HDL-C will be increased [1,12,13].

LDL-C/HDL-C Ratio (L/H ratio) has been used for the evaluation of arteriosclerosis. L/H ratio is especially important index for diabetes and Met-S, because both states are characteristic for elevated triglyceride, decreased HDL and existing small dense LDL. L/H ratio value is said to correlate with the development of plaque in the vessels.

Current results would give the fundamental data of the influence of LCD in short period for lipid metabolism and the research direction in this field.

Remnant-like particles (RLPs) was isolated and investigated as an atherogenic agent [40]. Through epidemiologic studies, RLP-C levels showed associations with atherosclerosis, cardiovascular disease (CVD), and coronary heart disease (CHD) [41,42]. Furthermore, it would be an independent risk factor for CVD in women, and provides significantly more information than triglyceride [43,44].

RLP-C value has been elevated in T2DM [43-45]. RLP-C and Triglyceride levels were significantly higher in diabetic coronary artery disease (CAD) group than non-diabetic CAD group on Diabetes Atherosclerosis Intervention Study (DAIS) [46]. In addition, The AUCs of TG or RLP-C showed a correlation with the AUCs of plasma insulin, with the correlation for the insulin resistance index [47,48].

From the results, RLP-C level correlated with atherogenic index (AI), TG and HDL, but not with LDL-C. AI is calculated as total-C-HDL-C/HDL-C, and is expressed for the tendency of atherosclerosis with its standard range less than 4.0. Out of 28 cases, 9 cases showed AI less than 4.0.

This study included the patients whose triglyceride was more than 250 mg/dL. Our current study would be useful for research direction to clarify the pathophysiological mechanism concerning glucose and lipid metabolism in T2DM.

In current study, we reported the efficacy of LCD for T2DM by glucose and M value, and analyzed the relationship among glucose, lipids such as RLP-C, triglyceride, HDL-C. LDL-C, L/H ratio and AI. These findings would become the fundamental data for clinical research and treatment of T2DM in the future.

The part of the content of this article was presented at the 89th and 90th Scientific Meeting of Japan Endocrine Society (JES) Annual Congress, Kyoto, 2016 and 2017.

The authors would like to thank the patients and staffs for their cooperation and support.

The authors declare that they have no conflicts of interest. 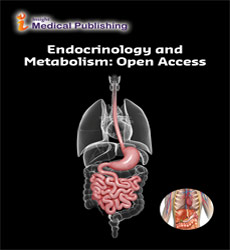