Description of Pediatric Burn Injuries at an Academic Hospital in Blantyre, Malawi

The purpose of this study was to describe characteristics of pediatric burn patients and outcomes of burn injuries at an academic hospital in Blantyre, Malawi.

Methodology: A descriptive, retrospective design was used that employed quantitative data collection and analysis methods. The study reviewed n=148 patients’ files of pediatric patients with burn injuries admitted at Queen Elizabeth Central Hospital Burns unit during September 2011 to August 2012. A check list was used to extract information on demographics, time, date, place and site of burn injury, mode of admission to the hospital whether referred from other health facilities or not, complications and outcomes.  Data were organized and analyzed using Microsoft Excel 2007® (Microsoft, Seattle, USA) and Statistical 9.1® (Stat soft, Tulsa, USA).

Results: Results revealed that that 51% (n=75) of the patients admitted were boys while 49% (n=73) were girls. Furthermore, male patients were significantly younger than their female counterparts (p=0.001). The median age for boys was 3 years (IQR: 2-4 years) while for girls it was 4 years (IQR: 2-6 years). Children with burn injuries admitted directly to the hospital were associated with 57% decreased odds of mortality compared to those referred from other health facilities OR 0.43 (95% CI:0.20-0.93).

Conclusion: The study concluded that being referred from other health facilities was associated with 4 times odds of deaths compared to being admitted straight from home [OR 3.79 (95% CI:1.33-10.79)], p<0.001. Mostly burn injuries affected children under the age of five years. The mortality rate was greatly influenced by poor referral systems, total burnt surface area, depth of the burn wounds, and age of the child. Improving the referral systems and undertaking community sensitization on prevention of burns, could improve survival of the children. 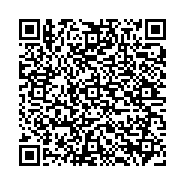