Dengue and Severe Acute Respiratory Syndromes Coronavirus 2 (SARS-CoV-2) co-circulation is a reality resulting to be more dangerous in regions that are endemic for arboviruses. Circulation of both viruses continue spreading, mainly in tropical settings causing a high impact on the health systems of the countries. Therefore, forecasting the circulation of SARS-CoV-2 virus and dengue from the climatic variability a temporal and spatial scale allows to perfect the warning system and provides a tool for decision makers in the health system to take the necessary control measures. Methods: Ecological study with retrospective-prospective analysis of the series of the SARS- CoV-2 viruses, dengue, as well as, Aedes focus with their index and the climatic anomalies described by the complex climatic Index of Bulto (BI1, r, t). Interpolation method for the spatial structure with continuous information of 1200 nodes (Raster format) was generated. Kriging method combined with the method of the inverse distance (IDM) was implemented with a resolution of 10 km2. The Multivariate Moran Index was used to determine the spatial correlation. For the prediction, the Simultaneous Autoregressive Models and the Spatial Autoregressive Conditional Models were used. Temporal modeling was carried out by using the Heteroscedastic Conditional Autoregressive and Autoregressive Models, both with exogenous variables. To obtain the co-circulation risk forecast maps, a stratification of the circulation of both viruses is carried out and map algebra is applied. Results: The moments of greatest risk Dengue and SARS-CoV-2 co-circulation are the months corresponding to the second quarter of the rainy period August-October with very humid conditions, very high temperatures, high volume of precipitation, high cloudiness, being potential predictors. All these results led to the creation of the dengue alert system and co-circulation with SARS-CoV-2 based on the observation and forecast of climatic factors. The areas with major viral co-circulation were the Central-Eastern region. Conclusions: It is evident that the climate is an important determinant for the health sector, and in particular to understand the Dengue and SARS-CoV-2 behavior and co-circulation, which strengthens the active health surveillance system. 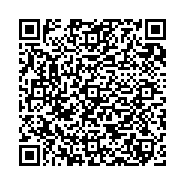