Introduction: Tonet et al. from Paris were the first to demonstrate a susceptibility of ARVD patients to supraventricular tachyarrhythmias. This concept was confirmed on larger series of ARVD patients from the USA and Switzerland. It was also observed by the senior author that atrial fibrillation/tachyarrhythmias (AF/AT) could be the first presentation of the disease. It was therefore logical to study the atrial pathology of three ARVD patients who died of a non-cardiac cause. This abstract is the first to present the atrial histology of ARVD patients with comparison to healthy controls considering the typical histologic changes known in the RV in ARVD.
Methods: Histology of the right atrium (RA) was available in only 3 cases from a series of 73 ARVD patients, in whom ARVD was confirmed by pathology. The observed anomalies were adipocytes in two cases, interstitial fibrosis in all, associated with replacement fibrosis in one case. This prompted us to study the RA structure in four subsequent control patients without cardiovascular disease. Light microscopic examination with Leica digital image processing was performed. Staining was performed with HPS in ARVD to improve identification of fibrosis, and HE in the control group.
Results: The atrial pathology of all of these so-called normal individuals presented anomalies, which can be interpreted as the background of an atrial arrhythmogenic substrate similar to the recently reported pathology of the RV in ARVD (GF Editorial AJC 2014). As such, we found adipose tissue, interstitial and replacement fibrosis including one case of lymphocytic infiltration in the atria of these healthy controls, like histologic changes of the RV observed in ARVD. Furthermore, we identified a perpendicular orientation of atrial myocardial fibres.
Discussion: The interface between the two perpendicular layers can be a zone of weakness leading to fat and fibrosis, particularly if increased loading conditions are present. Desmosomal variants may enhance this remodelling. However, since desmosomal mutations have not been observed in the normal heart, it is therefore possible to consider other genes or posttranslational modification to underlay these changes. The unexpected results of this preliminary study need further confirmation. However, we propose new mechanisms including the role of active as well as healed myocarditis which may precede the development of AF/AT and explain why these arrhythmias are the most frequent in the human species. 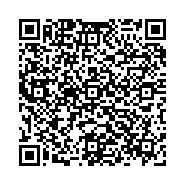