Acidification of Ocean and Coastal

As carbon dioxide is dissolving in sea water, it is forming carbonic acid, decreasing the ocean's pH level is a process collectively known as ocean acidification Carbon dioxide is present a small percent (about 0.04%) of the gaseous mixture, but this small amount of mixture will have a big effect on ocean chemistry. The carbon dioxide that humans are releasing to the atmosphere by burning fossil fuels and waste hazardous materials is changing the chemistry of the ocean by increasing its levels of acidity. In addition to ocean acidification from carbon because of land based realizing of carbon dioxide can even bring up the change in costal water also. The causes of ocean and coastal acidification are well understood to the people and scientists, but scientists are still documenting its worsening effects which leading to more damage in the ocean chemistry.

Ocean and coastal acidification can easily harm the plants and animals which are closely affected with the acidification. The most dangerously Shell-forming animals like clams and oysters are particularly vulnerable will likely to affect the small species. Impacts to sensitive species will likely have a ripple effect on all kinds of life in the ocean. Ultimately, main key resources like seafood that humans live on will also be affected.

What is the issue?

Ocean acidification is an outcome of increasing human-induced carbon dioxide (CO2) concentrations in the atmosphere which resulting in global changes .These global changes are mainly affecting on the ocean as it absorbs more amount of carbon dioxide. Approximately 25% of hazardous emissions from atmosphere are absorbed by the ocean. As CO2 dissolves in sea water it forms carbonic acid, thereby decreasing the ocean’s pH, leading to ocean acidification. Ocean acidification is happening in parallel with other climate-related polluters, including ocean warming and deoxygenation. This completes the set of climate change pressures on the marine changes is the marine environment.

Why is it important?

Present ocean acidity change is unrivalled in magnitude, rising at a rate approximately ten times faster than anything experienced during the last 300 million years. The rapid timeline is showing ability in the change of ocean pH. Levels of acidification as the large amount of carbon dioxide outrage are increasing day by day. At least we need to decrease the concentration of carbon dioxide and need to regain at least to 320-350pm range as its happening fast we also need to bring up the changes at the same speed then we can find a clear solution for ocean acidification.

The long time inherent in marine carbon cycle leads to penalty on delaying limits on carbon dioxide emissions are being a worst damage associated with ocean acidification are to be avoided. As we clearly noticing the greenhouse gases emissions and ocean acidification are mainly caused by the increasing concentrations of CO2 dissolved in sea water. These hazardous gases which are releasing from the mankind are being the major cause of it so people must get aware of this kind of situation and help the nature to get back to its original state of being at least maintaining at its level of range so that that will be helpful for decreasing the ocean acidification and global warming. Only the mankind can bring up the change can save the rest of the environment and there is nothing can be done with the scientists at this kind of situation. Each and every one should support to save the nature and water kind and even the mankind. 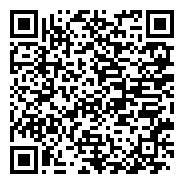