Severe Tetanus in a Moroccan Medical Intensive Care Unit: Epidemiological and Clinical Profile of the Patients

Even if it is an exceptional type of disease, tetanus should never continue to exist, because on old and well tolerated vaccine offers an efficient protection. Through a retrospective, descriptive and analytic study of 42 patients in the intensive care unit of the university teaching hospital Ibn Rushd in Casablanca in Morocco from 2010 to 2015, the epidemiological, clinical, and prognostic characteristics of the patients admitted for serious tetanus were studied. The statistical analysis indicates that the serious tetanus affects males 100%, young adult 41.9%, the integumentary portal of entry is 85.7%. Contractures are present in 69%. The anti-tetanus vaccination was never updated. According to the Dakar score, the patients were group II 54.8%. For the Mollaret score, the crude form was found in 44.2%. Mechanical ventilation was necessary in 83.3% and tracheotomy for three patients. Diazepam and baclofen were used in 92.9%, phenobarbital 76.2% and Propofol 42.85%. All patients received a serotherapy and 26.9% a preliminary vaccination dose. The antibiotics administrated were penicillin G 33.33% and metronidazole 76.2%. The mortality rate was 61.9%. During the bivariate analysis, the duration of hospitalized patients was significantly higher that of the survivors (p=0.014), similarly, the need for an intubation as well as its duration have significantly influenced the mortality (p=0.0001; p=0.011). The mortality was also significantly influenced by the occurrence of autonomic dysfunction (p=0.016). To improve the prognosis in these serious forms of tetanus, it is highly important to identify the warning signs and refer patients in intensive care for close and taken into matched load monitoring. 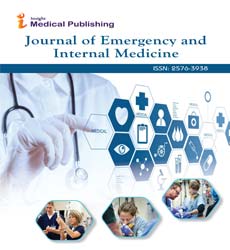