Tench (Tinca tinca), a species of the Cyprinidae is commercially important and has been  intensively domesticated in recent years. To investigate domestication impact on the microbiome structure, two fish populations were examined: wild tench living in a lake and tench living in a pond in a semi-intensive fish farm. Furthermore, the effect of seasonality on fish gut microbiome was determined by comparing fish caught in summer and autumn. Next generation sequencing revealed that in the gut microbiome of all fish, the most abundant phylum was Proteobacteria, followed by Firmicutes, Bacteroidetes and Actinobacteria. All together, these phyla comprised up to 90% of the microbial communities. The abundance of Desulfobulbaceae and Chthoniobacteraceae differed significantly between lake and pond fish in summer, but not in autumn. In pond tench, Alphaproteobacteria abundance was significantly lower in summer than in autumn. In lake tench, the abundance of Gammaproteobacteria was significantly higher in summer. Mean Shannon,  Chao1 indices and observed OTU’s indicated that microbial biodiversity was greater in the gut of lake fish than in that of pond fish. Principal coordinate analysis based on Unifrac distance matrix revealed that more of the variance in microbial diversity was attributable to domestication than to season. Results suggest that domestication is the main factor in determining gut microbiome structure in tench. 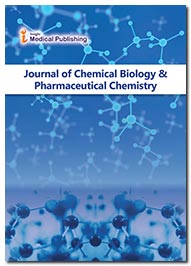