Change in Formulary from Plain to Liposomal Bupivacaine: Retrospective Analysis of Impact on Postsurgical Pain

Introduction: Excellent postsurgical pain management impacts the comfort and respiratory function of thoracic surgical patients in the time immediately following surgery, and is associated with lower rates of persistent postsurgical pain. Given the negative sequalae associated with perioperative opioid exposure, and the time pressure diminishing enthusiasm for regional anesthesia, interest in extended release formulations of local anesthetics that can be employed by surgeons has grown, and increasingly these drugs are being employed in clinical practice. However, few careful studies have estimated the pharmacodynamics of the dosages being employed in practical use.

Methods: This was an IRB-approved, retrospective, matched cohort study at a large academic tertiary care hospital, which followed a change in the OR formulary when liposomal bupivacaine was made available, resulting in a rapid change in practice. Patients undergoing VATS (n=112), received surgeon-placed intercostal and wound infiltration with 0.25% bupivacaine or 0.25% bupivacaine+liposomal bupivacaine mixture. Average and highest pain scores and opioid consumption, as well as demographic, surgical, medical and anesthetic variables were extracted from the electronic medical record for distinct postoperative epochs (recovery and each postoperative day (POD) 0-3).

Results: Repeated measures ANOVA revealed no overall difference in postoperative opioid consumption between patients who received liposomal vs plain bupivacaine. A significant time by treatment interaction revealed possible higher consumption in patients receiving liposomal bupivacaine in PACU, but lower on POD0 and 1, and no difference at later time points. At the same time, however, these patients reported higher average and highest pain scores across the postoperative period.

Conclusion: The introduction of liposomal bupivacaine was not associated with reduced overall postoperative opioid consumption, but was associated with higher pain scores, raising questions about the appropriate dosing, timing, and efficacy of its use for postoperative analgesia in VATS patients. 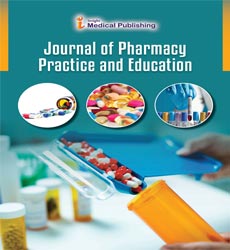