Assessment of inflammatory markers IL-6 and its relation with clinical status in stroke ï¿½??patients

Acute stroke is the most common neurological disease. Stroke is the second leading cause of mortality worldwide and is a major cause of long-term disability. Also, in occurring of inflammatory cascade, the stroke will be activated and play the main role in disease separated from them. This study was carried out to investigate the association of serum TNF-a, and IL-6 levels with clinical outcome in acute stroke. A stroke occurs when the blood supply to part of your brain is interrupted or reduced, depriving brain tissue of oxygen and nutrients. Within minutes, brain cells begin to die.A stroke is a medical emergency. Prompt treatment is crucial. Early action can minimize brain damage and potential complications.The good news is that strokes can be treated and prevented, and many fewer Americans die of stroke now than in the past. A stroke is a medical condition in which poor blood flow to the brain causes cell death. There are two main types of stroke: ischemic, due to lack of blood flow, and hemorrhagic, due to bleeding. Both cause parts of the brain to stop functioning properly. Signs and symptoms of a stroke may include an inability to move or feel on one side of the body, problems understanding or speaking, dizziness, or loss of vision to one side. Signs and symptoms often appear soon after the stroke has occurred. If symptoms last less than one or two hours, the stroke is a transient ischemic attack (TIA), also called a mini-stroke. A hemorrhagic stroke may also be associated with a severe headache. The symptoms of a stroke can be permanent. Long-term complications may include pneumonia and loss of bladder control. The main risk factor for stroke is high blood pressure. Other risk factors include tobacco smoking, obesity, high blood cholesterol, diabetes mellitus, a previous TIA, end-stage kidney disease, and atrial fibrillation. An ischemic stroke is typically caused by blockage of a blood vessel, though there are also less common causes. 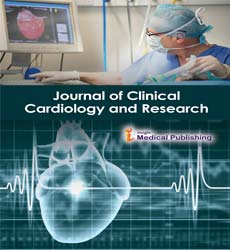