Mitochondrial oxidative stress in the tumor microenvironment and cancer immunoescape: foe or friend?

Abstract: The major concept of "oxidative stress" is an excess elevated level of reactive oxygen species (ROS) which are generated from vigorous metabolism and consumption of oxygen. The precise harmonization of oxidative stresses between mitochondria and other organelles in the cell is absolutely vital to cell survival. Under oxidative stress, ROS produced from mitochondria and are the major mediator for tumorigenesis in different aspects, such as proliferation, migration/invasion, angiogenesis, inflammation, and immunoescape to allow cancer cells to adapt to the rigorous environment. Accordingly, the dynamic balance of oxidative stresses not only orchestrate complex cell signaling events in cancer cells but also affect other components in the tumor microenvironment (TME). Immune cells, such as M2 macrophages, dendritic cells, and T cells are the major components of the immunosuppressive TME from the ROS-induced inflammation.
Background: Reactive oxygen species (ROS) are a group of highly reactive oxygen-containing molecules generated through several mechanisms in cells, such as aerobic respiration in mitochondria, metabolic enzymes, peroxisomes, and membrane-bound NADPH oxidases (NOXs) [1, 2]. Although generated via several sources, mitochondria are the major cellular organelles of ROS production; mitochondrial ROS (mtROS) are mainly produced by the electron transport chain (ETC) and oxidative phosphorylation (OXPHOS) during aerobic respiration. The superoxide (O2 –), for example, is produced from incomplete electron transfer and leakage of electrons through ETC Complexes I, III, and IV [3, 4]. Due to the multifaceted role of ROS in cell survival and function, intracellular ROS levels must be strictly controlled to maintain the equilibrium between ROS production and scavenging through multiple mechanisms. 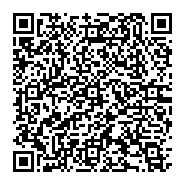