Toll-like receptors (TLRs) plays an important role as mediators of innate immune response to malaria. The current study was designed to analyze the single nucleotide polymorphism in key components of innate immunity TLR 4, TLR 9 and TIRAP (Toll-interleukin-1 receptor domain-containing adaptor protein), also known as MAL (MYD88 adaptor-like), in Indian patients with complicated and uncomplicated malaria. Blood samples from the suspected patients were screened by rapid antigen detection test, microscopy and further confirmed by nested PCR by targeting 18srRNA gene. After confirming the cases with PCR, specific regions of the TLR4, TLR9, and TIRAP were amplified by using the previously published primers. TLR-4 (D299G) TLR-9 (T-1486C and T-1237C) and TIRAP (S180L) genes were assessed in 220 Indian individuals infected with Plasmodium vivax using polymerase chain reaction. The amplified products were sequenced by Sanger sequencing method. Complications reported among cases varied from severe anaemia, thrombocytopenia, renal failure jaundice, respiratory distress, hypoglycaemia to multi-organ dysfunction. Nucleotide change has been observed among the entire targeted toll like receptor genes with varying frequency. Among the available sequences, variation in the TLR4 from A/G in 19 subjects, TLR 9 (1237) region variation in 8 subjects and in TLR 9 (1486) region variation T/C in 46 subjects was observed. As it is an ongoing study, therefore the severity of clinical illness will be correlated with the mutations present in the toll like receptor genes at the end of the study. However, preliminary data is encouraging and more samples will be collected and analyzed.

Shalika (Ph.D) in the Department of Medical Parasitology, PGIMER, Chandigarh from (2014-2018). She has been a part of INDO-JAPAN project ( “Role of TLR4, TLR9, TIRAP in patients with severe complicated malaria due to Plasmodium vivax) from (2015-2018). She has also worked on transgenic animal model and different laboratory techniques in Department of Infectious Diseases, Kyorin University School of Medicine, Tokyo, Japan under a collaborative INDO-JAPAN research project. Presently she is working on an independent ICMR project entitled "To identify the cell mediated responses causing severity in subjects infected with P.vivax" and awarded with ICMR Senior Research Fellowship. She has also worked on Energy Minimization using Swiss PDB viewer (worked in this bioinformatics project) as a graduate student and Advanced Diploma holder in Bioinformatics. She has published abstracts in various international symposium and many are in communication in collaboration with Kyorin University School of Medicine, Japan. 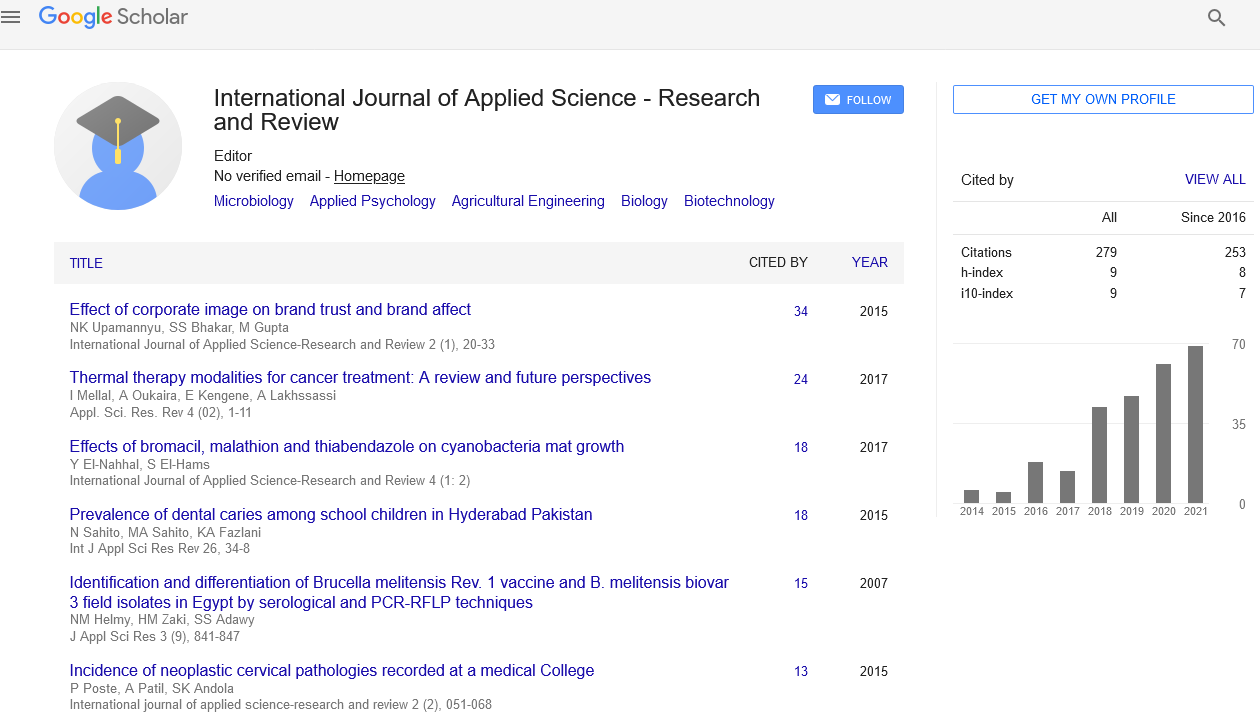 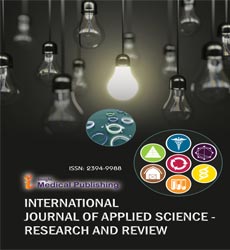