Mediterranean small ponds: One of the most threatened ecosystems in the world

Important conservation efforts are often directed to protect emblematic species or biomes whereas; small closest and less majestic habitats are usually forgotten. That is the case of small ponds. Despite of the great biodiversity they shelter and of their indubitable social and ecological value, these ecosystems are one of the most threatened ecosystems in the world. The value of these ecosystems is incalculable. Among the goods and services they provide, it would have to highlight the regulation of aquifer loading and unloading, brine and salt supply, flood control, carbon sequestration, water storage, regulation of nutrients cycles, production/recycling of organic matter, sediment retention, source of great biodiversity, green tourism, spiritual enrichment and aesthetic experiences and so on. In the particular case of the Andalusian ponds, South Spain as in other parts of the world, the main threats of these ecosystems are climate change, drainage and ploughing to increase cultivable areas, wetlands siltation due to the high soil losses because of the olive growing, increase or decrease of salinity as a result of irrigation techniques adopted and contamination with pesticides, herbicides and drugs. Of particular concern is the latest threat mentioned, since it affects not only wetlands but also reservoirs whose water is for human consumption. In this plenary talk, we want to briefly show the knowledge acquired by our research group after two decades of studying these valuable ecosystems and the strategies we have carried out to make their values known to different sectors of society. Recent Publications 1. Gilbert J D, de Vicente I, Ortega F, García-Muñoz E, Jiménez-Melero R, Parra G and Guerrero F (2017) Linking watershed land uses and crustacean assemblages in Mediterranean wetlands. Hydrobiologia 799(1):181–191. 2. Parra G, Galotti A, Jiménez-Melero F, Guerrero F, Sanchez-Moyano E, Jiménez-Gómez F and Conradi M (2016) Effects of experimental long-term CO2 exposure on Daphnia magna. Chemosphere 156:272-279. 3. Gilbert J D, de Vicente I, Ortega F, Jiménez-Melero R, Parra G and Guerrero F (2015) A comprehensive evaluation of the crustacean assemblages in southern Iberian Mediterranean wetlands. Journal of Limnology 74(1):169-181. 4. Jiménez-Melero R, Gilbert J D and Guerrero F (2014) Seasonal variation in the sex ratio of Arctodiaptomus salinus (Copepoda:Calanoida): Does it agree with the “cheaper-sex” hypothesis? Journal of Plankton Research 36(6):1413– 1418. 5. Gilbert J D, de Vicente I, Jiménez-Melero R, Parra G and Guerrero F (2014) Selecting priority conservation areas based on zooplankton diversity: the case of Mediterranean wetlands. Marine and Freshwater Research 65(10):857–871.`

Raquel Jiménez-Melero is Assistant Teacher in the Department of Animal Biology, Plant Biology and Ecology at the University of Jaén, Spain and Member of the research team called Ecology and Biodiversity of Aquatic Systems. Her aim of the study is the wetlands in general and the zooplankton in particular. In order of understanding, as these ecosystems are going to face the global change, she studied the zooplankton communities respond to the environmental variables and the contaminants. She combines her love for the ecology with her passion for the environmental education and the science popularization. 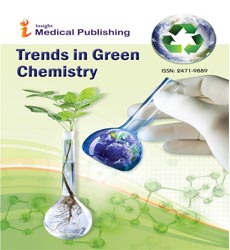