Pain is one of the major challenges of current therapeutic procedures. The non-invasive techniques are undoubtedly gaining space and importance.

Photobiomodulation (PBM) using laser medium power and operating in low intensity is well-established as a physical agent for pain relief and tissue repair in many therapeutic interventions. Light effects on tissue include decreased inflammation, tissue repair, improved circulation as well as increased serotonin and endorphin production to treat a variety of trauma conditions [1-8].

Clinical applications have been performed by direct light exposure on skin or mucous tissue overlying the painful or injured areas, on trigger points or acupuncture points, on nerves root and lymph nodes. In some cases, PBM can be performed using LED or laser systems to aim at pain relief efficiently [9-12]. However, it is important understand what doses and wavelength are suitable. In this context, an experimental study comparing laser and led systems operating in low intensity was conducted.

The aim of this study was compare the results between laser and LED systems to induce pain relief in mice after induced chemical irritation, maintaining the same irradiation time (sec), and varying peak power/fluency (70 and 150 mW/37.5 and 75 J/ cm2), spectral band (red and infrared), coherence (laser and LED systems). This study may support the use of led-therapy in pain control.

Forty-nine male mice (body mass 41 ± 5 g) were housed in plastic cages (five mice per cage) with food and water ad libitum on a 12/12 h light/dark cycle at 22 ± 1°C. All animal procedures were performed according to the principles in the Guide for the Care and Use of Laboratory Animals, and the study was approved by the Institutional Animal Ethics Committee of Federal University of Sao Carlos (# 004/2011).

The experimental acute pain model used was described by Borges [14], using animal contortions, however the concentration and quantity of acetic acid were modified, in accordance with Stevenson study [15], from concentration of 6% to 1%, and, volume of injection from 0.65 mL to 0.15 mL

Each animal underwent trichotomy in the lower abdominal region under anesthesia with ketamine/xylazine (dosage: 0.1 ml/20 g IP; delivered: 87.5 mg/kg Ketamine and 12.5 mg/kg Xylazine or 7K:1X; concentration: 17.5 mg/mL Ketamine and 2.5 mg/mL Xylazine). Then the writhing experiment was performed 3 days after epilation, to prevent the residual anesthetic effects caused by ketamine-xylazine solution. A single point of irradiation was previously marked using a pen, centrally located at the shaved belly area.

Then, each animal was placed in a glass box which allows direct visualization and up to the sixth minute after inoculation, the abdominal writhings were counted every 5 minutes intervals during 1 hour by two calibrated examinators.

Results are expressed as mean ± standard deviation (SD). The Shapiro-Wilk test was used to determine the normality of the data. One-Way analysis of variance (one-way ANOVA) was used to compare the number of writhings among groups. Post-hoc comparisons were made using Tukey’s test. A statistic software (Statsoft, Tulsa, USA) was used for the statistical analysis and the significance level was set at 5% (p<0.05).

Table 1 Results of the number of writhes was counted for 1 hour. Figure 1: Columns graph with the results of the writhing experiment in mice.

There were statistical differences between G1 and G2 (infrared laser 37.5 J/cm2), and G1 and G4 (infrared LED 37.5 J/cm2) at the 5% level. This observation states that this twos groups (G2 and G4) had decreased animal contortions when compared to other treatments groups.

It is undoubtable that PBM achieves a considerably reduction of pain, independently from the light source. However there are optimun conditions when comparing sources and doses.

PBM using laser in low level intensity therapy is a fairly consolidated field in dentistry, physiotherapy and medicine. In any way, the sources of LED light come to replace or acting in combination with the laser therapy, promoting efficient therapeutic results. The LED peculiarities as a light source have their own characteristics. In a variety conditions, there is need to use multiple wavelengths, greater power, broader application area, among other requirements, making the use of LED light an important option in the PBM.

Although it is known that the light emitted by a LED has a different distribution from that of a laser on biological tissue, many characteristics are kept within it. It is necessary to verify under equivalent conditions, the results obtained for laser/LED. Thus, in this contribution, we describe basic important aspects associated with important PBM using LED light. This is a field in clear expansion, as demonstrated the use of rehabilitation in physical therapy, and its use as a complement to laser therapy, is already taking place.

PBM protocols using LED light cannot be obtained directly from the equivalent used in laser light, although sources of similar light wavelength are not equal, therefore in some clinical situations, especially those in which there is a need for very deep penetration of light (maintaining the indicated power parameters), LEDs have presented rather similar results, however, in situations that is very important to penetrate more with a minimal attenuation of light energy, then the LED system does not reproduce always the result that the laser with the same irradiation parameters.

Our study demonstrated that light irradiation is able to control acute pain. Statistically, just G2 and G4 (infrared light in lower dose) was different from control group (G1). However, in Figure 1, we can observe the behavior of the others groups in their means; all experimental groups presented a capability to pain relief.

Our work has shown that to treat acute pain either infrared or red laser therapy as infrared or red LED light can ease this pain sensitivity, however, much more than monochromaticity or narrowband, or wavelength or spectral range, the dose or energy density it seems to be the most important parameter in this study presented here. These findings are in accordance with Albertini [16] as a dose-dependent mechanism of action.

Even demonstrating that both light sources result in quite efficient level of pain relief, we observed a few facts that deserve discussion. First, considering infrared light sources, both groups G2/G3 and G4/G5 showed that larges doses do not take to better results. This indicates that excess of radiation may induce collateral effects resulting in inflammation or other consequences with worse results. For infrared, the dose of 37.5 J/cm2 leads in better pain control when compared to 75 J/cm2, independently of the light source. Comparatively, the use of red light does not show dramatically differences.

Comparing infrared with red light, the groups G4/G5 and G6/ G7 shows that the comparison of 37.5 J/cm2 and 75 J/cm2 is noticeable for infrared, but not for red light. Infrared has normally deep penetration possibly depositing less energy on the injured location with the chance for collateral inflammatory effects on regions that goes beyond the injured region. On the other hand, red light has less penetration and therefore the energy deposited beyond the injured region is much less and therefore poorly effect is observed.

When the spectral range or wavelength emitted in the red (660 nm or 630 ± 20 nm), the decreased number of writhings, which maybe could be explained by an increase in circulation, since the phototherapy power off which occurs in the cytochrome c oxidase releasing NO it is increased before the radiation in the red spectral range [17-19] and this may have drained the acetic acid out of the injection site, ameliorating the irritation from the animal.

Comparing the infrared light in laser and LED irradiation, no differences were observed either at 37.5 J/cm2 or 75 J/cm2 doses. This shows the equivalence between both sources for the pain treatment presented in this work. However, the lowest dose of 37.5 J/cm2 showed a statistically greater decrease than the higher dose of 75.0 J/cm2. As already expected to laser therapy, when lower doses are the most suitable for cases of acute pain [13], but still unknown to LED-therapy.

Pain is a subjective experience, and acute pain is a warning signal that expresses that body tissue is being injured. If injury actually occurs, then a cascade of pathophysiological events will take place in a well-mapped simultaneous and chronological order [20]. Pain intensity is usually most prevalent in the inflammatory phase during the first hours and days after injury, and laser therapy has been suggested to modulate several of the processes involved. Bjordal [13] elucidated that decreasing of biochemical markers (PGE2, TNF, IL1, COX-2 and plasminogen activator level) by red or infrared laser therapy occurs and even oedema and hemorrhagic formation, cell apoptosis and neutrophil cell influx decrease and microcirculation improvement, however, they affirm that these anti-inflammatory effects are dose-dependent, and wavelength does not appear to influence outcome by a significant degree providing it lies within the red and infrared range.

We know that, clinically, wavelength does not appear to influence chronic pain relief [21] but the main complaint of patients from acute pain, and this is where we can employ less aggressive therapies, such as therapy with light, and infrared light gave us the better result. Clinically, moderate doses of infrared wavelengths to severe pain seem to somatize triggered cascade of physiological events, worsening the inflammatory condition and later restore homeostasis of the biological tissue. It means that, even using moderate doses with infrared light, it could be a good choice.

Recent clinical studies demonstrated that LED-therapy has efficacy in modulating acute physiological processes, reducing pain [22] and edema [23] and are as efficient as laser-therapy.

In conclusion, PBM using infrared LED and laser with dose of 37.5 J/cm2 were similar between them and have shown improved results when compared to the others experimental groups. This study suggests that infrared light, laser or LED, under low doses and low irradiance seems the best option to solve acute pain.

Informed consent was obtained from all individual participants included in the study. 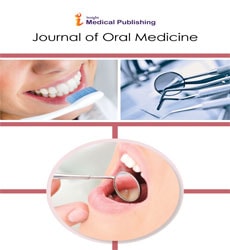