Impacts of Marine Pollution and Toxicology: A Mussel Watch Experience in Peninsular Malaysia

Based on a well studied green lipped Perna viridis, the present review paper exemplified the impacts of marine pollution and toxicology in terms of a) chemicals/pollutant bioaccumulation, b) morphological and physiological responses and c) genetic polymorphism and differentiation. From the review based on Mussel Watch publications, three insights can be found. Firstly, the similar finding for both heavy metals and polycyclic aromatic hydrocarbons (PAHs) studies in the marine mussels was found in which elevated or higher levels (than the normal ranges) of the two types of pollutants in the mussels collected from anthropogenic receiving inputs areas. Secondly, the morphological response (shell deformities) and physiological responses (CI, FR and mortality) of mussels are results of heavy metal pollution in the marine coastal waters. Thirdly, the changes of genetic polymorphic loci in the polluted mussels were resulted from exposure to metal polluted coastal waters. Therefore, our Mussel Watch experience can be employed to understand the effects of marine pollution and toxicology.

In Peninsular Malaysia (PM), marine pollution has been a research interest based on many reported studies in the literature. For example, pollution by heavy metals and polycyclic aromatic hydrocarbons (PAHs) in the coastal waters of PM has been documented [3-9].

Toxicology can be simply explained by the study of toxicity of environmental chemicals or pollutants. Rand and Petrocelli provided a comprehensive review of the fundamental aspects of aquatic toxicology [10]. Toxicity can be expressed in many ways. For instance, the nonessential Cd that is assimilated by marine mussels can be bioaccumulated in their different soft tissues especially in the crystalline style, interfering with essential Cu and Zn absorption and tissue development. The detoxified stored metals in metallothioneins may be released to the reproduction or formation of gonadal tissues during maturity or weight loss during spawning and the metals may be bioconcentrated or biomagnified to elevated levels through food chain transfer system. Toxic stress may influence growth and duration of development and may cause an increase of malformations and mortality [11].

The accumulation of non-essential element such as Cd in the human body may cause skeletal damage, kidney dysfunction, reproductive deficiencies and finally cancer, while Pb could cause a lot of adverse health effects including nephrotoxicity and neurotoxicity [12, 13].

Essential elements such as Ni, Cu and Zn are biologically important in the nutrition of humans [14]. However, there overdose is not. For example Ni is a carcinogenic metal and overexposure to it can trigger an array of pulmonary adverse human health effects, such as fibrosis, lung inflammation, emphysema and tumors in animals [15]. For Cu, the very elevated levels of Cu intake via the marine seafood consumption can initiate undesirable health troubles such as kidney and liver damage [16]. For Zn, high levels of dietary Zn intake can cause severe health implications, such as disturbances of protein metabolism and arteriosclerosis, pancreatic damage and poisoning, acute stomach pains, nausea, diarrhea and fever [17].

For PAHs, they can potentially cause serious major human health concerns once in the body [18]. The most serious toxic effect related to exposure to PAHs in humans is cancer. PAH exposure in animals is related with such toxic effects as immune system suppression, reproductive toxicity, liver toxicity and cardiovascular toxicity [19].

According to a review by Graff et al., bioavailability is one of the main factors governing the toxicity of chemicals to living species [20]. Bioavailability depends on the inherent properties of the chemical, such as its solubility in water, lipophilicity and molecular weight, as well as the physicochemical characteristics of the surrounding environment. According to Jonnalagadda and Prasada Rao, Cd salts such as sulphides, carbonates or oxides are practically insoluble in water. However, these can be converted to water soluble salts in nature under the influence of oxygen and acids. Chronic exposure to Cd is associated with renal toxicity in humans once a critical body burden is reached [21]. According to Rittschof and McClellan-Green, the prediction of the environmental impact of sublethal concentrations of chemical compounds or their mixtures is a major research challenge in environmental toxicology [22].

To understand aquatic pollution and toxicology, our experience on Mussel Watch study in PM can be used to exemplify the two specific terminologies. Therefore, the objective of this paper is to review the impacts of aquatic pollution and toxicity in terms of a) chemical bioaccumulation, b) morphological and physiological responses and c) genetic polymorphism and differentiation in the well studied green lipped mussel Perna viridis, which is under the umbrella of Mussel Watch program (Figure 1).

Yap et al. indicated that heavy metal contamination in the coastal waters off PM (mainly the west coast) is not a serious threat [3]. The results of heavy metals recorded in P. viridis collected from 20 sites off PM served as background concentrations for future reference [4]. Since they are widely distributed in the west coast of PM, Yap et al. reported that the ranges of Hg in P. viridis from the west coast of PM was comparable to reported unpolluted studies in the literature. However, higher level of Hg was found at some sites supposedly to have received anthropogenic inputs besides natural origins.

Figure 1: A diagram showing the additive effects as a result of aquatic pollution plus toxicology of the bioaccumulated chemicals/pollutants.

Shahbazi et al. reported the distributions of PAHs in the different soft tissues of P. viridis, collected from eight geographic locations along the coastal waters of PM [9]. They found that mussels collected from the eastern part of the Johore Straits had higher bioavailability of and contamination by PAHs than from other areas. Higher levels of PAHs and heavy metals contamination in the eastern part of the cause way had been reported by several studies [5-7].

Overall, the similar finding for both heavy metals and PAHs studies in the marine mussels was found in which elevated or higher levels of the two types of pollutants in the mussels collected from anthropogenic receiving inputs areas including land based sources such as constructions, agricultural wastes or pesticides, industrial and domestics and sea based sources such as shipping, ports, boating, etc.

Changes in condition index (CI) of marine mussels had been proposed as an indicator of physiological response to heavy metal pollution. Yap et al. reported the relationships between CI and accumulated concentrations of Cd and Pb in the field samples of P. viridisand those under experimental conditions [24]. From the findings of both field and laboratory experimental samples, they confirmed that CI can be used to show that P. viridis was a sensitive organism to Cd and Pb. Although the CI results could also be due to variation in nutritional state and reproductive status of the mussels, the influences caused by the above two parameters would be masked by the ecotoxicological effects of heavy metal contamination, provided that mussels with similar size range were selected for the CI determination.

Later, Yap and Al-Barwani compared some allometric parameters (shell length, shell width, shell height, total dry weight of soft tissues, CI and heavy metals (Cd, Cu, Pb and Zn) in the different soft tissues of P. viridis collected from Sebatu and Muar estuary [25]. It was found that the total dry weight of soft tissues and CI of mussels collected from Sebatu were significantly (p<0.05) higher than those in Muar, correlating with the finding that a higher contamination and bioavailability of Cu and Cd at Muar than Sebatu. These results of field collected mussels again confirmed CI can be used to show thatP. viridis is a sensitive organism to Cd, besides Pb and Cu [24].

Besides the marine mussels, Yap et al. reported the studies on toxicities and tolerances of Cu in the blood cockle Anadara granosa by 48 h toxicity testing using endpoint mortality [28]. They found that CI reductions were positively related to increasing levels of Cu exposure. Therefore, similar to mussel study, this laboratory study suggested the potential of CI of A. granosa as a physiological indicator of Cu pollution.

Overall, the morphological response (shell deformities) and physiological responses (CI, FR and mortality) of mussels were results of heavy metal pollution in the marine coastal waters.

As a result of marine pollution, there is possibility of genetic changes in terms of genetic polymorphisms and differentiations in the marine mussels. Without knowledge of the genetic structure of the mussel populations, the biomonitor species is chosen solely based on its morphological characters which could be confusing. Therefore, biochemical and molecular studies are needed to validate the genetic similarity of the chosen biomonitor [29].

Yap et al. reviewed all the studies done on genetics and heavy metal ecotoxicology focussing on the green lipped mussel P. viridis from PM [30]. Based on the findings reported in 10 publications on the above topics, the genetic differentiation in P. viridis populations could be explained as being due to geographical factors, physical barriers and heavy metal contamination. All the studies were done using allozymes and DNA microsatellite markers. The results based on both the biochemical and the molecular markers were comparable and almost similar in their genetic distances and FST values. The genetic distances indicated that the mussel populations from PM were conspecific populations. While the FST values showed a moderate genetic differentiation. The results well supported the use of P. viridis as a good biomonitor in the coastal waters of PM since the various geographical populations in the region belong to the same species.

From another point of view, Yap et al. based on hierarchical F-statistics and cluster analysis, the physical barrier that blocked the gene flow (through the pelagic larvae swimmers) of P. viridis, and a distinct heavy metal contamination in a polluted population were identified as being the two main causal agents for the genetic differentiation of P. viridispopulations, indicating that environmentally induced selection had happened [8]. All these conclusions could only be drawn when both the genetic and the ecotoxicological information were put together.

Overall, changes of genetic polymorphic loci in the polluted mussels were resulted from exposure to polluted environments due to local adaptations by the marine mussels.

To conclude, the implications of aquatic pollution by heavy metals in the marine mussels can be found in the a) bioaccumulation of the pollutants that were higher than the normal ranges, b) morphological and physiological changes when compared to the unstressed or unpolluted mussels and c) higher genetic polymorphism and differentiations in the polluted mussels. Therefore, our Mussel Watch experience can be employed to understand the effects of aquatic pollution and toxicology, which can shed more insights of understandings about our aquatic environment that become our natural resources supply. 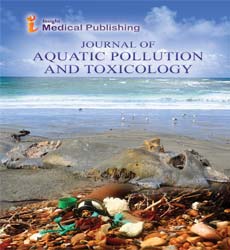