Single nucleotide polymorphisms (SNPs) are the most common forms of sequence variations in the human genome. They contribute to the human phenotypic spectrum and are associated with variations in response to pathogens, drugs and vaccines. Recently, SNPs in three human genes involved in kidney development (RET, PAX2 and ALDH1A2) have been reported to be associated with variation in renal size and function. These known SNPs could potentially be used in the clinic as markers for identifying babies who may have smaller kidneys and permit close follow up for early detection of hypertension and acquired renal dysfunction. The aim of this study was to evaluate the use of High Resolution Melting technique (HRM) as a tool for detecting the known SNPs in these three genes in comparison to sequencing which is the gold standard.

High resolution melting analysis was performed on 75 DNA samples that were previously sequenced for the known polymorphisms in RET (rs1800860), PAX2 (rs11190688) and ALDH1A2 (rs7169289) genes. The SNPs were G > A transitions in RET and PAX2 and A > G in ALDH1A2 gene. A blinded assessment was performed on these samples for evaluation of the HRM technique as compared to sequencing.

Each variant had a unique melt curve profile that was reproducible. The shift in melting temperature (Tm) allowed visual discrimination between the homozygous alleles (major and minor) in all three genes. The shape of the melting curve as compared to the major allele homozygous curve allowed the identification of the heterozygotes in each of the three SNPs. For validation, HRM was performed on 25 samples for each of the three SNPs. The results were compared with the sequencing results and 100% correct identification of the samples was obtained for RET, PAX2, and ALDA1H2 gene.

High Resolution Melting analysis is a simple, rapid and cost effective technique that could be used in a large population to identify babies with the risk alleles. These high risk children could be followed up for early detection of hypertension and acquired renal dysfunction. 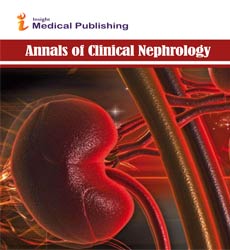